LaLiga To Be Broadcast Free On Facebook In India 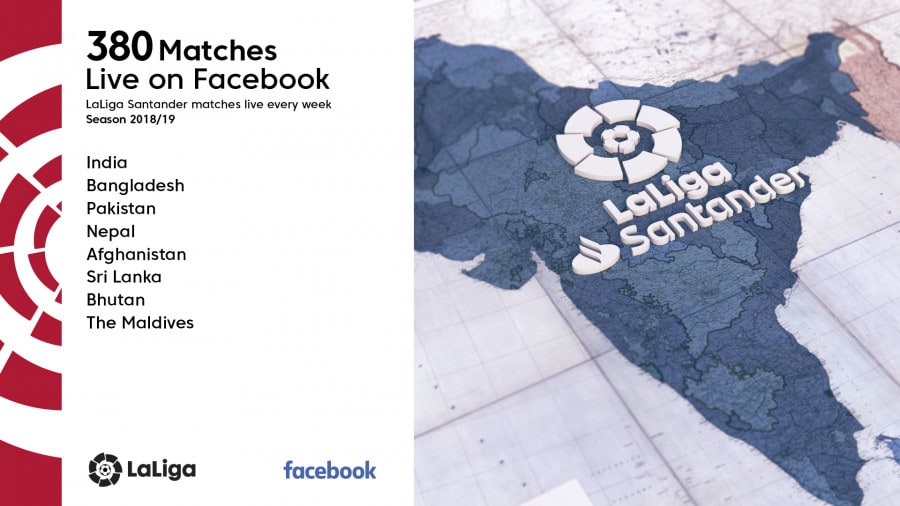 LaLiga To Be Broadcast Free On Facebook In India

LaLiga’s following in India is expected to rise dramatically with a ground-breaking Facebook deal this season.

Social Media platform Facebook has teamed up with the Spanish league to broadcast every fixture to those in the Indian subcontinent for free. As Facebook’s largest market, those in India are excited at the prospect of catching many of the world’s most exciting fixtures with ease. Being broadcast on LaLiga’s Facebook page as well as individual clubs’ pages, there is enormous potential for LaLiga to capitalise on this enhanced viewership.

LaLiga’s President, Javier Tebas spoke positively of the new agreement. He said: “LaLiga sets the standard for football in the world and we are delighted that more people than ever before will have the opportunity to watch our matches live and for free through Facebook in the region.”

Facebook’s Head of Global Live Sports Programming, Peter Hutton, explained that LaLiga boasts two of the most-followed sports clubs on Facebook; Real Madrid and Barcelona, before adding: “LaLiga has a huge global presence on our platform.”

Get timely updates from your favorite products